↓
Home→Uncategorized→Adultery: What Does the Bible Say About Adultery and Fornication 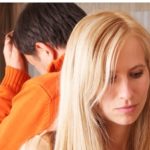 Adultery and Fornication: The Secular Definition

Adultery is often defined as a voluntary act of sexual intercourse between a married person and someone who is not his or her legal mate. Yet adultery involves much more than the filth associated with a physical transgression against the union of marriage. It sometimes touches the physical aspect of marriage, but it can also rape the mental, emotional and spiritual values of marriage.

Faulty definitions do not accurately align with what the Bible says concerning adultery and fornication.

Adultery and Fornication: More Than a Physical Transgression of the Marriage Vow

Often used symbolically in Scripture to illustrate the whoredom of Israel against the God who choose them as His own people, adultery clearly violates God’s definition of a union that is based upon purity of mind, body and spirit. Although chosen and set aside by God Himself, Israel has continuously abandoned His truths. This point, clearly illustrated in the book of Hosea, establishes God’s unending love for an unfaithful people and markedly isolates marriage as an act of permanent commitment to one’s mate.

Adultery hurts. It hurts physically, emotionally and mentally. It hurts every single person connected to the unclean activity. And it is not limited to acts of physical contact. Jesus said:

“But I say unto you, That whosoever looketh on a woman to lust after her hath committed adultery with her already in his heart,” (Matthew 5:28).

He goes on to address divorce, declaring that no man has permission to set aside his wife for any reason other than fornication. By fornication, He is speaking of sexual immorality, behavior that is unclean toward the marriage, which by choice of words implies behavior that is unfit for human beings whether outside the confines of marriage or inside the confines of marriage.

Adultery and Fornication: Acts That Occur Outside the Confines of Marriage

Mental Substitution: Sharing certain types of intellectual contact with anyone other than your mate is also adultery. Be very careful when sharing thoughts, dreams and ambitions in a manner that permits an outside party to embrace and dominate the unique areas of you life that should be reserved for your mate.

For example: God says, “Let your women keep silence in the churches: for it is not permitted unto them to speak; but they are commanded to be under obedience as also saith the law. And if they will learn any thing, let them ask their husbands at home: for it is a shame for women to speak in the church,” (1 Cor. 14:35,35).

Though this passage speaks in relation to wives to husbands, the thought and intend of the words must include the husband’s relationship with his wife. “Let not your fountains be spread abroad.”  “Be satisfied with the wife of thy youth.” These verses go much deeper than a limited physical concept of understanding.

God cautions married couples to set the focus of affection on the home front. It is a universal truth revealed throughout scripture and the consequences of failing to follow this truth run in scriptural synchronization with the whoredom of God’s people against Himself. Manage your emotions wisely.

Adultery and Fornication: Acts That Occur Within the Confines of Marriage

“And if any man’s seed of copulation go out from him, then he shall wash all his flesh in water, and be unclean until the even,” (Leviticus: 15:16).

“But sexual immorality and all impurity or covetousness must not even be named among you, as is proper among saints,” (Ephesians 5:3).

Other Points of Uncleanness: Marriage is a unique relationship between one man and one woman. In this modern, so-called, world, many lost individuals strive to bring uncleanness to the marriage bed. Yet God says:

“Let marriage be held in honor among all, and let the marriage bed be undefiled, for God will judge the sexually immoral and adulterous,” (Hebrews 13:4).

Anyone who has read the entire Bible understands that a re-definition of marriage does not and cannot change God’s view of immorality.

Parental Interference: Mental and emotional adultery need not involve a sexual focus. In many events, adultery within the marriage pertains to a failure of the man and woman to bind as one flesh.

Parents do not interfere with the marriage of your children. Any effort to cause one mate to be at odds with the other can become the catalysts for revolt, sexual, emotional or mental adultery, and eventually even lead to divorce. It is written,

“Therefore shall a man leave his father and his mother, and shall cleave unto his wife: and they shall be one flesh,” (Genesis 2:24).

Withholding Relationships: Once married, we are not at liberty to manipulate our marriage through any form of legitimate sexual, mental or emotional bounties. Withholding that which rightfully belongs to your mate for the purpose of self-gain is a form of adultery. God, using the apostle Paul as his pen, writes it as such:

“The wife hath not power of her own body, but the husband: and likewise also the husband hath not power of his own body, but the wife. Defraud ye not one the other, except it be with consent for a time, that ye may give yourselves to fasting and prayer; and come together again, that Satan tempt you not for your incontinency,” (1 Corinthians 7: 4,5).

Now I understand that such rules against withholding does not include medical necessity. Husbands, wives: Use common sense and listen to the Spirit that you behave wisely toward one another.

Three Parts to the Whole

There is so much more that could be acknowledged in these matters of adultery and fornication. I choose to outline only the most obvious issues.

Mankind consists of body, spirit and soul. As such, our choices are bound up in physical, mental, emotional and spiritual responses to our environment, marriage and God. Adultery and fornication cannot be limited to mere physical activities. Man can cheat his wife in many ways. So too can a woman rob her husband.

As Jesus stated in Matthew 5:28, adultery is an issue that concerns the heart. Be not deceived by the incomplete definitions presented by lost and ungodly men and women. They seek not to preserve marriage, but rather to destroy it.

“But I say unto you, That whosoever looketh on a woman to lust after her hath committed adultery with her already in his heart,” (Matthew 5:28).