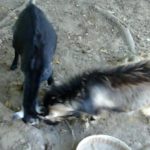 When guilty of the verbal or physical abuse of another human being, violent bullies often blame their victim. We expect as much from them. Men find it difficult to accept their own faults. From the very beginning, mankind attempted to blame others for their own shortcomings. The woman blamed the snake for giving her the forbidden fruit. The man blamed God for giving him a woman who tempted him. Yet it was against God, and God alone, that Adam sinned. So when the violent criminal proclaims, “the victim made me do it”, we are not at all surprised.

But what happens when the whole of society begins to take on, and to accept, a blame the victim mentality? What happens to accountability? How do you separate the violent offender from the guilty victim? How much protection is given to the adulteress that breaks up a home? To the politician that deceives the public? To the son that cheats his parents? To the pastor that robs from his congregation? To the man that defies the glory of God?

On the one hand, we live in a society that sees itself as faultless, so we seek to stomp offenders into the ground for they reflect the truth of our imperfection. On the other hand, we are angry with the victims for they reveal the weakness in mankind. So we strive to punish them for being pathetic. And if they should fight back, we punish them for taking the “law” into their own hands.

Herein is a small example of how accountability has fallen into foolishness and confusion.

In a recent confrontation with a fifteen-year-old boy, an older boy, a football player, that stood more than a head taller and nearly one and a half times heavier in body weight physically attacked the younger lad. The fight was recorder on video.

The two boys stood face to face. They were clearly arguing, but no one had raised a fist. In a while, the younger boy began to turn away. At that moment, when the younger lad’s face was turned to the side, the older and larger boy punched him twice with all his might. The young boy shook it off and fought back. Being a wrestler, he tried to body slam the bigger boy. Almost going down, the football player managed to punch the younger boy in the back of the head.

Thank God that other boys finally interfered. This is all that kept at least one of these boys from going over the rail. Isn’t it strange that no one interfered while the older boy was beating the smaller boy.

A Blame The Victim Approach

Now here is the screwed up viewpoint of a “victim made me do it” society.

The video clearly shows that the larger boy struck the first blows. School officials, because the younger boy stood his ground before the blows were thrown, count the victim in this attack as a participant in the fight. Therefore, say the officials, and the school security officers, no assault occurred. Both boys are punished. The victim’s punishment, though slightly less than the offenders, still results in a loss of school privileges. As to criminal charges against the larger boy, “not possible”, say the officials. “Both were involved in the fight.”

We do better by dogs. When large pit-bull attacks a loud-mouthed Pekingese, we do not blame the smaller dog; indeed, we have compassion on the victim. Common sense reveals to us that such an attack is not a fight, but rather that it is an attempt by a much larger creature to slaughter a smaller creature. It is, pure and simply, an act of unrestrained violence.

The Lesson To Be Learned

If you refuse to back down from a bully, and the bully attacks you, you are guilt of provoking the bully. In other words, the bully cannot help himself if provoked to wrath by the victim. By standing up and fighting back, the victim becomes an aggressor.

What foolishness is this?

People argue. Governments argue. Families argue. Society argues. But not everyone throws the first punch. How can we, as a sane society, equalize an act of aggression to an act of self-defense?

The lesson, it seems, is that I should always throw the first punch. If I shall be punished as though I am the offender, I should at least increase my chances of winning the fight.

This then, is the end result of a “blame the victim society”.