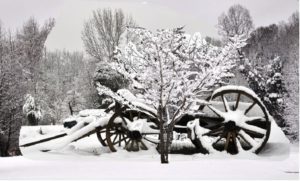 During the course of fiction development, every fiction writer uses personal experience as the means for conjuring that opening scene.  The text may come from direct memory, or it may arise from imagination bound to abstract memory.  Either way, most of the fiction writing labor is a background “Muse” task.  Here is how one opening fiction scene has come to life in my mind.

The Catalysts Of An Opening Scene

Fiction writing is a product of weird and wonderful character traits.  Part of it is creativity.  Part of it is eccentrics.  Part of it is laziness. For a fiction writer, mind existence is easier, quicker, and less complicated than the work of living.  We pay attention to details, even when the conscious mind seems distracted.  But we apply specifics differently than do other people.  We are thorough, often logical minded, yet still prone to act impulsively.  We are sometimes meek and compassionate, yet we may weep more deeply for fictional characters than we do for living beings.  It is a shortcoming.  It is a sad lacking in personality.  It is often our nature. It is the core component to crafting the opening scene.

Although all people have imaginations, only the fiction creator walks in a conscious world of the exploratory mind’s eye.  Every happening is punched into the story room of our mind.  Every circumstance is a conflict waiting to detonate unwritten action.  The files may be ordered and neat, the sequence of relations may be perfect; but more likely they will be chaotic.

Where others are quick to dismiss that lonely image conjured by a wind blown, tin can rolling across an empty parking deck, the fiction writer will instantly see bits and pieces of an attached storyline.  There is an untold history that surrounds that can.  It holds a specific position and importance in a slumbering imaginary world that has only now been disturbed.  The article writer, the news reporter, and the how-to specialists might be drawn to seek out the physical cause and effect of the tin can, to come up with a life angle, to put together some saleable content.

But to the fiction writer, this strange breed of in depth storyteller, every life event opens two windows:

What?  When?  Who?  Why?  Where?  These are words that drive us to create an old world embattled by historical stress, or a new world where alien creatures encounter extraordinary strife.  Is it any wonder that practicing scientists are so prone to write science fiction novels?  Is it any wonder that the whole of society feels the attraction?

So how do fiction writers get there?  What is the core of fiction development? And how do fiction craftsmen find that starting opening scene that will bring to life our imagination?

We are all different.  I can only share what works for me.  So read, and watch as I begin to develop a story about a future world, primitive ways, and the effect it has upon those who live there.

For me, fiction development begins with an image.  Floating in my mind is a snapshot of something I once witnessed.  An old dirt road cuts through the valley in back of my grandfather’s farm.  A ravine runs parallel to the road.  At the bottom of the ravine lays a rusty and wasted 1956 Chevy.  Now it may not be there any longer.  I was twelve years old when I saw it.  But even then, it put a story into my head.  Upon seeing the car in the ravine, my mind’s eye instantly converted that 56 Chevy into a burned out, orange school bus.

Then arose the opening scene.

Off and on through the years, I pondered that school bus.  Why was it there?  What did it mean?  Did it happen yesterday, today, or tomorrow?  The story had kick-started, but I had no idea where it was going.  Then one day, years later, the sweatshop in back of my mind produced a single line from the story:

The burned out husk of a rusted school bus lay in the bottom of the ravine.

Now this was not to become the actual line in the story.  It was just that place where the musing begins.  Since first receiving that line, I have written many other stories and articles.  But it was something that would not leave.  You see, the sweat guys already had it worked out.  They just needed me to sit down and go with.

That may sound simplistic, but it is not.  Inside the mind of every fiction writer is an unconscious imagination factory.  The pieces of memory are being located and angled, positioned, moved, and then moved again.  Different components are placed together, measured for fit, and then discarded or retained based upon some unfathomable inner logic that is critical to fiction development. But one day, a day that I know not, the opening scene is ready to go on paper.

How do you know when that day has come?  How can you tell that the opening scene of your story has finished cooking? Look for the opening line.  This story, which is yet without title, suddenly has a full starting point.  The opening line comes complete and ready to typeset. For me, the story of the burned out school bus opens like this:

Eric Samuels stood on the crumbled remains of a single-lane asphalt roadway.

The story begins to come from my inner mind.  Even as I type, I read.  So after that first line, I stop.  Who is Eric Samuels?  I do not yet know.  I have a vague image of his age, roughly thirty, maybe.  From whence he comes, I know not.  To were he goes, I think perhaps a city.  That may change.  This, however, is what I do understand: that crumbled highway is the reason the burned out school bus is in the bottom of the ravine.  I also grasp that an explosion caused the wreck.  More so, I realize that the explosion was purposefully set, and that the bus was loaded with school children.  I also know that they died in the crash.

These thought-flashes are not long fleshed-out story plans.  They are merely the hints that my inner mind chooses to pass forward to my conscious thinking.  That is sufficient to start the fire.  Now I can write.  We will read it together, pushing out what is in the mind, not worrying about perfect sentence structure, nor spelling, nor even full coherence.  My job, at this moment, is to let this opening scene find a path into this world.

Fiction Development – From Mind To Paper

Eric Samuels stood on the crumbled remains of a single lane asphalt roadway.  A twenty-foot wide, plant-free gully separated the two sections of overgrown hardtop.  Apparently the consistent passing of wildlife preserved the explosion-created washout from the accumulation of shrubs and bushes.  To a hungry man, this was a good sign.

Samuels drew his bow, held it aloft, and then leaped down onto a mound of packed dirt.  After a quick study of the ground, he eased over to the lower edge of the washout.  It opened into a ravine at the bottom of which lay the burned out husk of a rusted school bus: number 618 from Wakefield, Missouri.  It rested on its side, the front axle, engine, and hood held above ground by the stout limbs of an ancient and unyielding oak.  From a vine that trailed the length of the transmission, drive shaft, and rear hog-head hung an abundant crop of Muscat grapes.  Samuels’s mouth began to water.

In the trees above the bus, crows flapped sleek black wings, fussing, apparently at a deliciously fat copperhead that relaxed upon a stretch of sun-heated metal.  The mouth watering increased, and Eric groaned.  His stomach was bare; his backpack empty of jerky; and here laid a serious food source.  The grapes were certain, and if he was cautious, patient, and lucky perhaps even more than one flavor of meat could be added to the planned feast.

He took his time, mounted an arrow to the bow, and drew tight the catgut in alignment with his third finger to the right corner of his lips.  He sighted, ignored the sudden image of seats filled with the screaming faces of trapped and burning children, and from a distance of over sixty feet he released the arrow that firmly pinned the copperhead by its skull to the side of buss number 618, Wakefield county casualty of the war that ended civilization.

Final Notes From A Fiction Writer

Not all of this opening scene will remain as it is written.  But the same who, what, when, where, and why questions that trouble my mind are now firmly planted into the mind of my prospective readers.  Sufficient details have been revealed.  A sense of concern for the welfare of Eric Samuels should now reside in the potential reader’s heart.  Even a certain sense of anguish has been opened: why did those children have to die?  What cruelty has provoked such deliberate action?

Indeed, if I have successfully performed my task, there should even now be in you, dear reader, a hunger to hear more about Eric Samuels, the struggles he will endure, and the shape of destruction that accompanies that fiction world in which he dwells.

Only 99 cents or FREE to Kindle Unlimited members.