↓
Home→Christian→Christian Teachings→He Set His Face To Go To Jerusalem, Leaving The Lost For Another Day 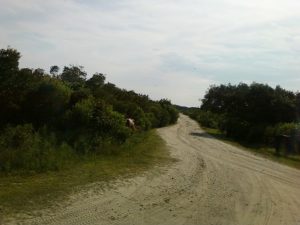 In Luke 9, the Holy Spirit, via the pen of Luke the physician, relays a brief tale of Jesus, a village of reluctant Samaritans, and the misdirected anger of two disciples. The story speaks of how Jesus, with His face set to go to Jerusalem, sent out messengers to prepare those along the way to receive the Lord of Hosts and His followers. It opens in this manner:

“And it came to pass, when the time was come that he should be received up, he steadfastly set his face to go to Jerusalem,” (Luke 9:51).

The planned course of the journey involved a path that lead through a neighboring Samarian village. However, when it was learned that Jesus had set His face to go to Jerusalem, the people in the village refused to welcome Him.

Now the scriptures do not detail how the Samaritans learned that Jesus had set His face to go to Jerusalem, yet we can easily surmise via the nature of the disciples. You see: These men were proud of Jesus, certain that He was the King who would soon deliver them from the oppression of the Roman Empire. And now, with His face set to go to Jerusalem, they would have been excited, perhaps even boastful. To them, the time of victory was near.

We must always be careful when adding clarification to the scriptures, yet I believe it very likely that the messengers who went into the village of Samaritans were shouting, pointing fingers, and perhaps making statements concerning battle and conquering. This is, after all, the nature of mankind.

We leap conclusions, and we speak of things that we do no understand. It is likely that the disciples invented a purpose and that they even drafted their own image of God’s plan. I think that perhaps the disciples may have spoken in orders rather than with requests. I think perhaps they became very officious when speaking with the Samaritans in this little village. “He is coming,” they may have said, “and His face is set to go to Jerusalem. Make a place. Make a way.”

Imagine, if you can, the frustration that must have mounted as the village residents, one by one, rejected the orders of the messengers, hindered their forward battle plans, and unceremoniously put these arrogant disciples in their proper place. Thus springs forth the following verse of scripture:

“And when his disciples James and John saw this, they said, Lord, wilt thou that we command fire to come down from heaven and consume them, even as Elijah did,” (Luke 9:54).

“But he turned, and rebuked them, and said, Ye know not what manner of spirit ye are of. For the Son of man is not come to destroy men’s lives, but to save them. And they went to another village,” (Luke 9:55, 56).

As Christians, we must learn when to leave the lost for another day. We are so quick to quarrel with anyone who will not receive our message. Too often, it becomes personal rather than Kingdom work.

Jesus had His face set to go to Jerusalem. His thoughts were higher than the disciples could conceive. The ignorance and resistance of the Samaritans could not deter His primary goal. Although there will come a time when Jesus will judge this world and those who have rejected His sacrifice, His mission during that moment in time involved salvation rather than a brutal retaliation.

Listen to me, you who would change the world by physical force and governmental rule: you too should set your face to go to Jerusalem. Learn to live in and to dispense grace without which you will never win a lost soul. Let us strive to win the lost, not with words of men’s wisdom, not with violence, but with love, compassion, and self-sacrifice.