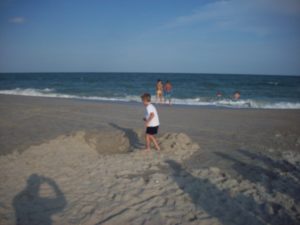 God of All Creation

I call upon the God who delivers His people from the hands of the oppressor, who abides in the heat of a raging pillar of flame, who sets a banner between those He loves and their enemies. I call upon the God who restructured His own laws of nature, parted the Red Sea, and caused the land to be dry before a frightened people.

I call upon the God who can restore this nation, who can heal your broken spirit, who can give you freedom from the rules and obstacles that religion and philosophy have laid upon your soul. I call upon the living God who forgives sin, who restores the mind of those lost in iniquity, and who bears the punishment for the undeserving.

Receive now his words. Surrender your personal struggles. Believe upon the name of Jesus Christ with all your heart and you shall be saved.

“17 For God sent not his Son into the world to condemn the world; but that the world through him might be saved.
18 He that believeth on him is not condemned: but he that believeth not is condemned already, because he hath not believed in the name of the only begotten Son of God.
19 And this is the condemnation, that light is come into the world, and men loved darkness rather than light, because their deeds were evil.
20 For every one that doeth evil hateth the light, neither cometh to the light, lest his deeds should be reproved.
21 But he that doeth truth cometh to the light, that his deeds may be made manifest, that they are wrought in God,” (John 3:17-21).

Rmharrington here. Thank you for reading my articles. May they help you grown in Christ even as the writing of them helps me grow.

You may also enjoy

taking a peek into the hopelessness of the time of Tribulation:, and a whisper of deliverance at:

a quiet journey down a country road at