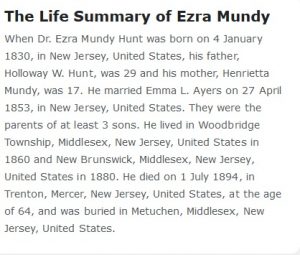 A Medical Testimony Concerning the Effects of Alcohol Usage

Estimates conclude 139.7 million Americans engage in Alcohol usage, making it among the most commonly consumed substances globally. Many of these uses suffer from alcoholism, or in more polite terms, alcohol use disorder. Excessive use of alcoholic often results in poor mental and physical health, including lack of confidence, financial devastation, and death. Without defining the credentials and experience of the following medical professionals, herein follows a reliable medical testimony concerning the effects of alcohol usage on users and their associated family and friends.

The internet offers plenty of reliable documentation on each of the following individuals.

“The capacity of the alcohols for impairment of functions and the initiation and promotion of organic lesions in vital parts is unsurpassed by any record in the whole range of medicine. As granted by the medical profession, these facts are no longer debatable. Changes in stomach and liver, in kidneys and lungs, in the blood-vessels to the minutest capillary, and the blood to the smallest red and white blood disc disturbances of secretion, fibroid and fatty degenerations in almost every organ, impairment of muscular power, impressions so profound on both nervous systems as to be often toxic these, and such as these, are the oft manifested results. And these are not confined to those called intemperate.”

“It is evident that, so far from being the conservator of health, alcohol is an active and powerful cause of disease, interfering, as it does, with the respiration, the circulation, and the nutrition; now, is any other result possible?”

“That alcohol should contribute to the fattening process under certain conditions, and produce in drinkers fatty degeneration of the blood, follows, as a matter of course. Thus, on the one hand, we have an agent that retains waste matter by lowering the nutritive and excretory functions. But, on the other hand, alcohol is a direct poisoner of the vesicles of the vital stream.”

“There is no kind of tissue, whether healthy or morbid, that may not undergo fatty degeneration; there is no organic disease so troublesome to the medical man or so difficult of cure. When, by the aid of the microscope, we examine a section of muscle taken from a person in good health, we find the muscles firm, elastic, and of bright red color, made up of parallel fibers, with beautiful crossings or striae. When we similarly examine the muscle of a man who leads an idle, sedentary life and indulges in intoxicating drinks, we detect, at once, a pale, flabby, inelastic, oily appearance. Thus we see that alcoholic narcotization appears to produce these peculiar conditions of the tissues more than any other agent with which we are acquainted. ‘Three-quarters of the chronic illness which the medical man has to treat,’ says Dr. Chambers, ‘are occasioned by this disease.’ The eminent French analytical chemist, Lecanu, found as much as one hundred and seventeen parts of fat in one thousand parts of a drunkard’s blood, the highest estimate of the quantity in health being eight and one-quarter parts. In comparison, the ordinary quantity is not more than two or three parts, so that the blood of the drunkard contains forty times above the ordinary quantity.”

Dr. Hammond, who has written, in partial defense of alcohol as containing a food power, says:

“When I say that it, of all other causes, is most prolific in exciting derangement of the brain, the spinal cord and the nerves, I make a statement which my own experience shows to be correct.”

“It substitutes suppuration for growth. It helps time to produce the effects of age; and, in a word, is the genius of degeneration.”

“Alcohol, taken in small quantities, or largely diluted, as in the form of beer, causes the stomach gradually to lose its tone and makes it dependent upon artificial stimulus. Atony, or want of tone of the stomach, gradually supervenes, and incurable disorder of health results. Should a dose of alcoholic drink be taken daily, the heart will often become hypertrophied or enlarged throughout. Indeed, it is painful to witness how many persons are laboring under the disease of the heart, owing chiefly to the use of alcoholic liquors.”

Dr. T.K. Chambers, the physician to the Prince of Wales, says:

“Alcohol is the most ungenerous diet there is. It impoverishes the blood, and there is no surer road to that degeneration of muscular fiber so much to be feared. It is more especially hurtful in heart disease by quickening the beat, causing capillary congestion and irregular circulation, and thus mechanically inducing dilatation.”

“Don’t take your daily wine under any pretext of its doing you good. Take it as a luxury that demands a light payment from some and a high price from others. But, no matter the user, over-consumption of alcohol always extracts payment. And, mostly, some loss of health, or mental power, or of calmness of temper, or judgment, is the price.”

“The late Prof. Parks, of England, in his great work on Hygiene, has effectually disposed of the notion, long and very generally entertained, that alcohol is a valuable prophylactic where a bad climate, bad water, and other conditions unfavorable to health, exist; and an unfortunate experiment with the article, in the Union army, on the banks of the Chickahominy, in the year 1863, proved conclusively that, instead of guarding the human constitution against the influence of agencies hostile to health, its use gives them additional force. The medical history of the British army in India teaches the same lesson.”

But why present further testimony? Is not the evidence complete? To the man who values good health, who would not lay the foundation for disease and suffering in his later years, we need not offer a single additional argument in favor of entire abstinence from the usage of alcoholic drinks. He will eschew them as poisons.