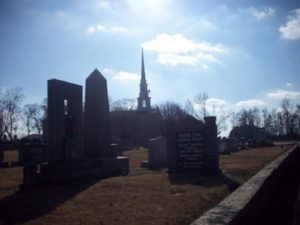 The physical death of this body is final. After that comes judgment.

I just viewed parts of a cute fantasy movie about a false afterlife. The protagonist, a somewhat misguided young man, died due to a car accident. At the crossroads between heaven and hell, the Heavenly Council, so-called, decided to give the young man a second chance. He was sent back to earth at a period twelve years later in earth time. His task was to protect his wife, and the daughter that was born after his death, from physical enemies. It was a cute story, a deadly story.

My friends, there are no second chances. The death of this physical body is eternal and final. Upon passing from this life, your undying spirit will reside in either heaven or hell. Your eternal destination depends solely upon your current spiritual position before the holy God of creation. If you have surrendered to Jesus Christ as Lord and Savior, your eternity with Him is sealed. If you do not know Jesus Christ as Lord and Savior, your eternity in damnation is sealed. No fictitious Heavenly Council will hand out new passports or establish any type of alternative destination.

It is not that God is hateful, nor even that He is unjust. Our destination, be it heaven or be it hell, is decided by the choices “We” make in this life. God is true to His words. He has established the terms and the conditions. Though you may resent His right to do so, that in no manner lessens His authority nor His power. No Heavenly Council will change His words. There are no second opportunities. It is written, it is decided, for:

“ Christ is not entered into the holy places made with hands, which are the figures of the true; but into heaven itself, now to appear in the presence of God for us: Nor yet that he should offer himself often, as the high priest entereth into the holy place every year with blood of others; For then must he often have suffered since the foundation of the world: but now once in the end of the world hath he appeared to put away sin by the sacrifice of himself. And as it is appointed unto men once to die, but after this the judgment: So Christ was once offered to bear the sins of many; and unto them that look for him shall he appear the second time without sin unto salvation,” (Hebrews 9:24-28 (KJV)).

Read that line again: The one that says, “It is appointed unto men once to die, but after this the judgment.” We speak of an eternal life that is based upon the judgment of God. If your definition of God is based upon the fantasies of Mythology and modern denial, you will not understand His right to act within His own standards. He is not obligated to answer your questions, nor to meet your limited visions, nor to satisfy your sense of justice. He acts without the counsel of any man.

Deny it. Get angry. Curse God and die. Refuse to believe it. Demand your rights as a human being. Declare God unjust and unrighteous. But while you are doing these things, know that you will one day die, and that it is no Heavenly Council that will decide your fate. Only the God of Abraham, Isaac, and Jacob, by order of the words He has previously declared, will have already determined your fate. If you do not believe upon the name of Jesus Christ as Savior and Lord, there will be no changing of the rules.

I once witnessed to a young skydiver. He listened, and he even showed evidence of hearing. Yet in the end, he rejected my words. He denied the authority of God to determine his fate. It is such a sad thing. Had the young man given me sufficient time, I would have pleaded for his life. I would have begged him to understand the critical truth of heaven and hell and the destination that is based upon our choices in this lifetime.

Within two weeks, the young man, whom I met only that once, came face to face with Death. He leaped into the air above the gravity-well of the planet Earth. It was a day like any other day, a jump like so many before it. But on this day, the parachute that he wore was faulty.

He left behind a wife and a daughter. Unlike the man in the previously mentioned movie, this lost soul will not receive a second chance. He will not return to earth on a mission of self-redemption. He will not protect his wife and child. He will not speak to or hold them ever again. He will, however, face the eternal wrath of the Almighty God of heaven and earth.

You say that I do not know what choice this young many may have come to in those last few weeks of life. You are correct. I pray that he understood the truth, that in those last moments of breath he made the right decision, that when he died he knew the living Jesus. If so, then my statement of his eternal destination must be revised. Perhaps his wife and daughter will also trust and believe God. Perhaps they will meet again in heaven.

Salvation is simple. It needs not the complications of religion, nor the mighty efforts of personal works. If you desire to be saved, and to know that it is real, then understand and respond to these words: “…Sirs, what must I do to be saved? And they said, Believe on the Lord Jesus Christ, and thou shalt be saved, and thy house,” (Acts 16:30-31 (KJV)).