↓
Home→Christian→Christian Encouragement→The Making of Heroes – Is Christian Courage An Abundance of Faith or a Lack of Fear?

The Characteristics of a Hero

Heroes are often defined by acts of courage. For some it is a minor event that results in victory without extreme personal sacrifice. For others, one single act of courage can result in the ultimate personal price: Death.

But what really characterizes a hero? Is the core of heroism bound up in personal courage, emotional love or something entirely different? 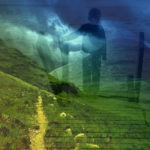 A woman gives her life for that of her child – sometimes at the child’s birth and other times through long years of self-sacrifice. A father dies protecting his family from a burglar – or perhaps he merely stands in support as his daughter is hauled away to a life-term prison sentence due to a single moment of foolish behavior. In any event, these acts of heroism all involve moments – perhaps years – of personal sacrifice.

What about those times when heroism is personal and involves only that which strengthens an individuals character? How do we measure personal battles? Who wins the victory when the reward is counted not on this earth, but rather in heaven? How many heroes go through life unnoticed by the people that surround them?

Some say that heroic acts are performed in spite of fear. Others feel as though heroes must reside in a land of mental, emotional and physical fearlessness.

How does heroism relate to spiritual courage?

Perhaps we should ponder a seeming simple question: Does trusting in the provisions of God constitute courage or faith? Is spiritual strength a part of the whole that makes up heroism or is it a unique brand of faith that surpasses daily hope, fear or personal strength?

Who is the hero? Which of the two displayed true courage?

Heroism Narrowed Down to Courage

The definitions of heroism take on many forms. Some dictionaries link “hero” to legendary figures. Others speak of men endowed with great strength. Additional definitions include:

Before closing this article, I want to focus on heroism defined as “one who possesses courage.” Let this definition be the common ground. This means that we must also come to a common definition of courage. Otherwise, we will fail to gain a mutual understanding of this text.

The first definition expresses courage as a lack of fear. The second expresses courage as the ability to overcome fear. Now it seems that defining courage as “action without fear” defeats the meaning of the word. To display true courage, one must face adversity, and any form of true adversity generates a certain measure of anxiety, sorrow, fear and doubt. Surely the soldier mentioned in the above example would have recognized the dark hand of death as it closed around his choices. Even with but a moment to ponder, it is very likely that he tasted the breath of fear.

For the purpose of this article, let us accept that courage is the result of “acting in spite of fear.”

Christian Courage: An Abundance of Faith That Overcomes Fear

In the first chapter in the book of Joshua, the Lord gave commandment that this leader should be of “good courage.”  Using bold text to highlight my point, I present the verses as follows:

“6 Be strong and of a good courage: for unto this people shalt thou divide for an inheritance the land, which I sware unto their fathers to give them.

7 Only be thou strong and very courageous, that thou mayest observe to do according to all the law, which Moses my servant commanded thee: turn not from it to the right hand or to the left, that thou mayest prosper withersoever thou goest.

8. This book of the law shall not depart out of thy mouth; but thou shalt meditate therein day and night, that thou mayest observe to do according to all that is written therein: for then thou shalt make thy way prosperous, and then thou shalt have good success.

9 Have not I commanded thee? Be strong and of a good courage; be not afraid, neither be thou dismayed: for the LORD thy God is with thee whithersoever thou goest.”

Among many points to be made, these scriptures also illustrate several plain truths:

Perhaps you feel that faith eliminates fear. This is a false understanding. Faith does not eliminate fear; it conquers fear. Dread, sorrow, anguish: these all swell forth out of fear. We fear loss. We fear hurt. We fear shame. We fear failure. We fear the cost of victory. Read here the words from Matthew, chapter 26 as I close with the greatest example of what it means to conquer fear:

“36 Then cometh Jesus with them unto a place called Gethsemane, and saith unto the disciples, Sit ye here, while I go and pray yonder.

37 And he took with him Peter and the two sons of Zebedee, and began to be sorrowful and very heavy.

38 Then saith he unto them, My soul is exceeding sorrowful, even unto death: tarry ye here, and watch with me.

39 And he went a little farther, and fell on his face, and prayed, saying, O my Father, if it be possible, let this cup pass from me: nevertheless not as I will, but as thou wilt.

40 And he cometh unto the disciples, and findeth them asleep, and saith unto Peter, What, could ye not watch with me one hour?

41 Watch and pray, that ye enter not into temptation: the spirit indeed is willing, but the flesh is weak.

42 He went away again the second time, and prayed, saying, O my Father, if this cup may not pass away from me, except I drink it, thy will be done.”

Faith One Day At a Time

I can’t tell you how to be a hero, but that isn’t really the goal is it? I can tell how to build courage. Just: