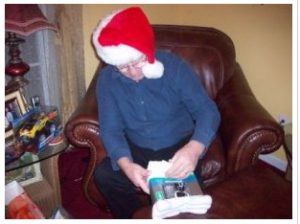 In May of 2010, I got laid off from my job as a commercial carpenter. At $12.00 per hour, it was a low paying job compared to what I made as a manager of production control back in 2001. But it was a good job, a God given job, and I enjoyed it.

In September of 2005, I came out of three years in federal prison. After two months of going door to door, knocking at over fifteen places per day, I got a job at Metrolina Builders in Charlotte, North Carolina. I made $9.00 per hour. I wept over that job, and I thanked God, and I gave even greater glory when my first assignment involved keeping the parking lot clean at a church construction site in Harrisburg, North Carolina.

I have worked most of my life. At eleven years old, I mowed nine yards a week with a push mower at $1.25 per yard. It was good money in 1963. At thirteen years old, I gained summer employment for our church pastor hauling watermelons out of those South Carolina fields down in Pageland. I made $17.00 plus meals for the work, but it was lots of fun.

I was raised in the old generation. Working was a part of being somebody. We don’t know how to exist without being a paying part of our world.

For some, not having a job presents financial burdens. This stresses marriages, and breaks down the ambitions of the unemployed person. But even that is only a small part of the trial. Something deep inside of me rebels against dependence upon others for bread, and shelter, and cloths, and income. Hey. Even in prison they let us work.

Being unemployed, being without means of carrying your own weight as the man of the house, or for that matter the woman of the home, crushes your sense of self-esteem. If not careful, you can drift into a world of dull routines that seem never to succeed. That, my friend, leads to depression in the heart, mind, and spirit. When the day-by-day job search returns void, the urge to surrender can become one of your greatest enemies. Collecting unemployment as a beggar comes easier than the rejection.

For me, there is no financial burden. My wife holds the kind of job that I knew before I got myself in trouble. Her income is sufficient for two.

But not pulling my load, not providing the support that has always been a part of being me, that is painful to the core of my heart. It shames me. It makes me ache inside.

In an overcrowded job market, even the young and educated suffer. I am near sixty years old, skilled in many ways but without papers for evidence, and still fresh out of prison. To employers, there are too many better choices. I am not asking for sympathy, I am merely giving the facts of the situation.

I managed a twenty-five-user Novel/NT network computer system for over twenty years. I wrote custom computer programs, and performed all hardware related repairs. But I have no formal education to document these skills. I don’t have much for fighting against the out of work, degree bearing network engineer.

So I scrounged up some funds, purchased some used computers, and started doing side work. In North Carolina, the unemployment rate has at times touched on 11{36574689f809a7cc91b0ea370d1089f3910cd507b3289b163d4238a50f92a8f1} (http://www.ncesc1.com/PMI/rates/ratesmain.asp#PrevCountyNews). The people who would normally purchase a used computer are getting to be few and far between.

Being a published author from back in 1985, I set my goals in that direction. I investigated the Internet market for freelance authors. It takes lots of hours, but it provides an income. The pay starts very low, but I now make two to three cents per word. I cannot yet fully drop the unemployment, but with each passing week, I claim a greater share of the paycheck as that of my current work rather than that of my past work.

I started out doing live applications at the rate of ten to twelve a day. It was grueling and frustrating labor that always ended in personal depression. Not everyone can survive long enough to break into a new career as a writer. But to those who have the skill, the desire, and enough financial freedom to pursue the effort. In time, if you work long and hard for a very little bit of income, writing Internet content can become a successful job opportunity.

[wp_cart:Article – Working Through That Feeling of Worthlessness – The Trouble With Unemployment:price:23.25:end]