↓
Home→Christian→Christian Answers→Yes, Dear Pharisee, God Does Respond To The Prayers of Sinners Even When It Is Not A Prayer of Repentance 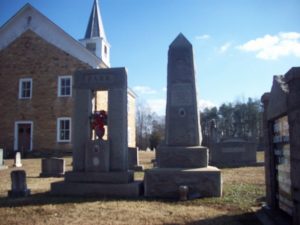 The Wages of Sin

Concerning the prayers of sinners, many Christians teach that God neither hears nor responds to any prayer other than a prayer of repentance. This is a legalistic attitude wherein Christians interpret scripture with the mindset of a Pharisee. It is a mindset that lacks any concept of God’s awesome grace and mercy. By taking a few select verses out of context, they establish a rule of prayer wherein God will not respond to any sinner’s prayer unless that prayer is a cry of repentance and a plea for forgiveness.

Qualifier To The Lost

This article is not written as an excuse to sinners. If you die without Jesus Christ as your Redeemer, Savior, and King, you will spend eternity in hell, fire, and damnation. This is gospel; this is scripture. There is but one way into heaven, and that is through faith in the finished work of the risen Jesus Christ. Though God the Father may, at times, choose to respond to a given prayer, that is by no means a release from the sure judgment against those who refuse to accept Jesus as Lord and Savior.

Back To The Subject of Answered Prayers

In this world of legalist Pharisees, there is no place for grace, thus scripture is interpreted as though men have already attained perfection. And they strive to better themselves by looking down on the lost. This interpretation is not of God, but of men. Jesus did not come to destroy souls. He came to save them.

In the gospel according to John, the beloved disciple, it is written: “Now we known that God heareth not sinners: but if any man be a worshipper of God, and doeth his will, him he heareth,” John 9:31.

To the modern day Pharisees, this verse, and others like it, are taken out of context and to the literal limits that were once applied to the commandment to rest on Sundays. Yet Jesus consistently confronted and rebuked this legalistic approach to God, and to mercy. Examples abound throughout the gospels. In Luke 13, Christ frees a woman from the bondage of Satan on the Sabbath. In Luke 14, He heals a man of dropsy on the Sabbath. In Matthew 10, on a Sunday, His disciples plucked corn and ate; He defended their actions. Later on, in the same chapter, He healed a man with a withered hand. And the examples continue from page to page.

Does God answer the prayer of an unrepentant sinner? This is the core of the discussion. Even foolish men understand that God does not answer every prayer in a manner or at a time that suits the expectations of the person speaking the prayer.

Men often struggle to find simple truths that are written throughout the scriptures. Yet, by time we read the fourth chapter of Genesis, we encounter a God that deals kindly with the request of a rebellious sinner.

The sinner’s name is Cain. He is a direct son of the first man. In rage, he resisted God’s call to humility. In rage he murdered his brother. And when God confronted him, he not only refused to repent but also responded with arrogance: “Am I my brother’s keeper.”

Thus God passed judgment and drove Cain from the face of the earth. Yet this arrogant sinner who would not submit to God’s Lordship, acknowledged without argument the power of God’s ability to carry out His judgments. Therefore Cain prayed to the God of heaven and earth. He asked not for forgiveness, nor for the preservation of his spirit. He merely asked God for his physical life. It is written in this manner:

“And Cain said unto the LORD, My punishment is greater than I can bear. Behold, thou hast driven me out this day from the face of the earth; and from thy face shall I be hid; and I shall be a fugitive and a vagabond in the earth; and it shall come to pass, that every one that findeth me shall slay me. And the LORD said unto him, Therefore whosoever slayeth Cain, vengeance shall be taken on him sevenfold. And the LORD set a mark upon Cain, lest any finding him should kill him,” Genesis 4:13-15.

Some may argue that Cain talked with God in the flesh, and that this is not compatible to modern day prayer. Scripture makes no mention of God’s physical presence with Cain. Furthermore, scripture makes clear that no man can look upon God’s face and live. Even if this were not the facts, it lessens not the truth that prayer is defined by the act of men talking to God.

Cain pleaded with God for his life not his spirit. Therefore God preserved Cain’s life but not his spirit. He not only heard Cain’s words, but he fully responded to, and answered, Cain’s prayer.

Yet think not that Cain escaped the judgment. Rather think that he was given a mark that ensured he would live to endure the curse. Furthermore, the apostle Peter indicates that Cain died under the greater judgment of eternal damnation.

Jesus in Day by Day Practice

Throughout His ministry, Jesus listened to, talked to, and responded to the needs of many sinners, including the woman caught in the act of adultery, more than one tax collector, and many others. In Luke 6:35-36 He teaches us to love our enemies and do good to them as “the Most High, for he is kind to the ungrateful and the evil. Be merciful,” He said, “even as your Father is merciful.”

Considering how few was the number of followers that ended up in the upper room, it seems clear that most of those whom Jesus healed came not for salvation but rather because they “eat of the loaves, and were filled,” for is it not written that “Jesus answered them and said, Verily, verily, I say unto you, Ye seek me, not because ye saw the miracles, but because ye did eat of the loaves, and were filled,” (John 6:26).

Yet still, He answered their needs.

The accounting can carry on. I could mention:

If God answers prayers according to His will rather than our will, would He deliberately change His will so as to avoid answering the prayer of a sinner? Perhaps you would say that Christians are also praying the same prayer. That may, in many events, hold water. But, as to myself:

If it were not for God’s grace and mercy, I would never have lived long enough to know that it was He who answered my heathen prayers. Blessed be the Lamb of God. Amen.